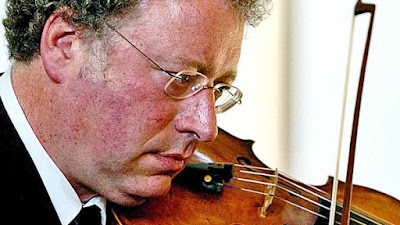 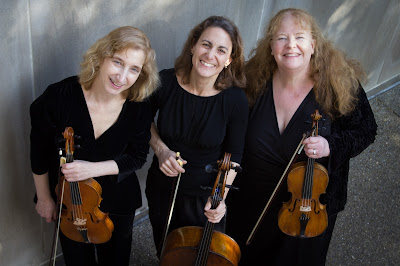 HOME
The Vivaldi Project is a premier period instrument ensemble dedicated to presenting 17th- and 18th-century string repertoire. The name, The Vivaldi Project, refers not only to the group's core repertoire―the extraordinary works of the virtuoso violinist and composer, Antonio Vivaldi―but also the project of probing into the roots of Vivaldi's distinctive musical style, which has had ramifications for music, art, and Vivaldi’s birthplace of Venice that reverberate into the 21st century. Vivaldi's innovative contributions to string writing, the concerto genre, and programmatic orchestral music place him as as a pivotal figure between earlier baroque composers and later classical composers. The Vivaldi Project explores this link through both chamber and orchestral works (those well-known and beloved as well as those rarely heard) from Stradella, Legrenzi, and Corelli, to J.S. Bach and his sons, and ultimately to Haydn, Mozart, and Beethoven. MORE
MSR CLASSICS "The Classical String Trio, by The Vivaldi Project (Ensemble)
VIDEO: A CD recording of unexplored Classical string trios by The Vivaldi Project. Performed on period instruments to charm, inspire, and delight you. 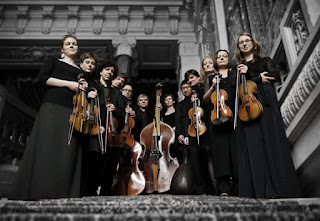 Arte dei Suonatori Is a Baroque orchestra who has managed to capture the true essence of the Baroque era. The musicians have adopted not only the knowledge, but also the 18th century way of thinking about music. The ensemble was formed in Poznań (Poland) in 1993 by the violin players Ewa and Aureliusz Golinski, who gathered together a group of the most talented young Polish period-instrument performers. The core of the ensemble were originally Polish string and continuo players, but over the years the orchestra has become more international, featuring as regular members musicians from, among others, Germany, England, Holland, France and Ireland. Since 1998, the orchestra has initiated an extensive series of early music events which very quickly evolved to become „Early Music - Persona Grata”, a festival which is considered today to be an integral part of the Polish musical culture scene. In the course of years Arte dei Suonatori was also the co- creator and co- organiser of several other festivals. VIDEO:
Email ThisBlogThis!Share to TwitterShare to FacebookShare to Pinterest

The Swiss Arion Trio was founded in 1985 by three friends who had been making music together in various formations for many years. Being well-known individually as soloists on their own instruments, the trio gained an international reputation through appearances at several festivals. Members: Ilse von Alpenheim, born in Innsbruck, Austria, piano; Igor Ozim, born in Ljubljana, Slovenia, violin; Walter Grimmer, born in Switzerland, cello. 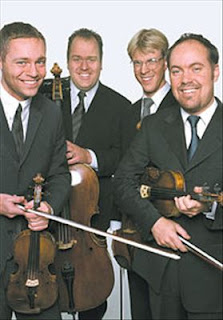 The Yggdrasil Quartet emerged as one of the most exciting new string quartets in the 1990s and has become a champion of new quartet music in Europe. Its members, Frederick Paulsson and Per Öman (the violinists), Robert Westlund (viola), and Per Nyström (cello) studied at the same time at the Royal Academy of Music in Stockholm. They went on to further studies with Hungarian composer György Kurtag, then in classes in interpretation with Norbert Brainin, the leader of the Amadeus Quartet. In 1990 the four officially announced themselves as a regular string quartet. They chose the name Yggdrasil, which is the name of the great ash tree at the center of much Nordic mythology. (In Wagner's Ring, it is this tree from which Wotan made his spear and ultimately cuts down and places around Valhalla in preparation for the final conflagration.) The Yggdrasil Quartet began by entering competitions and gained international notice when the won the London International String Quartet Competition and the Melbourne International Chamber Music Competition.WIKIPEDIA VIDEO: The Yggdrasil Quartet is a world-class group of musicians from Sweden who demonstrate an astonishing technical command and an explosive, attacking style.
Email ThisBlogThis!Share to TwitterShare to FacebookShare to Pinterest

Paula Robison (born June 8, 1941) is a flutist and music teacher. Robison was recognized early as one of the great solo flutists of her generation, at a time when few if any had careers outside an orchestra. Her broad education, however, developed in the highly cultivated and morally conscious family environment she grew up in and in her training with outstanding teachers, has given her a passion for theater, dance, and all the arts, as well as a humanistic perspective on music and the instrument she plays. Ms. Robison puts this to work in her teaching and in her collaborative work with contemporary music groups like Argento New Music and in museum contexts. WIKIPEDIA

VIDEO: Paula Robison, flute - "Voliere" from Carnival of the Animals


Phantasm, a quartet of viols founded in 1994, catapulted into international prominence when its debut CD won a Gramophone Award for the Best Baroque Instrumental Recording of 1997. Since then, they have become recognised as the most exciting viol consort active on the world scene today. 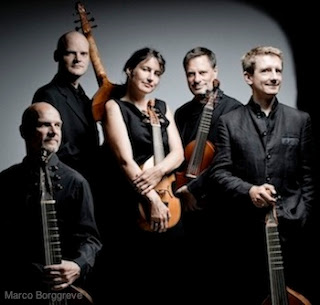